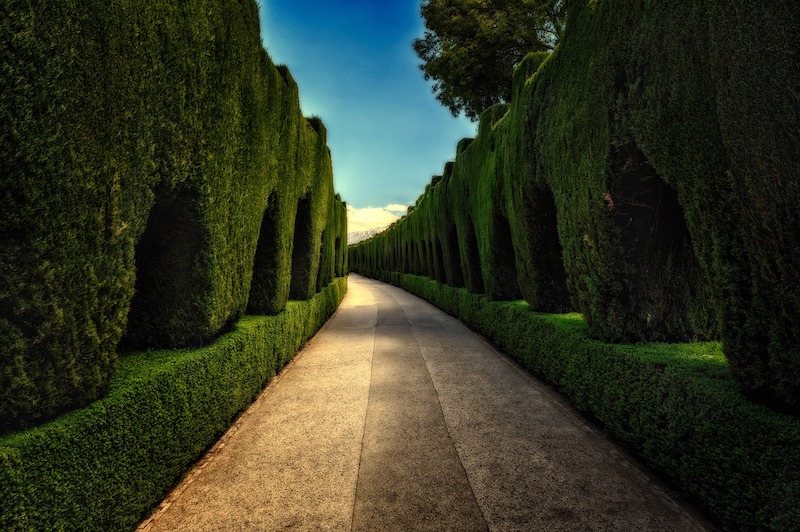 It’s that time of year again, where spring is just around the corner, and the garden slowly starts to come back to life. Slowly at first, that is, because very soon it will seem as though everything has happened overnight! What are the jobs on your garden to-do list? There will be leaves and other debris to clear away from your lawn, borders, and – should you have one – ponds, and there will be some weeding to do on those flower and vegetable beds, too.

Preparing for the spring means staying one step ahead of yourself, so you can be ready when things really start to happen.

One area of your garden that will need your attention now and into the spring is your hedges. If you have a hedge border or perimeter, the chances are they are looking a little unkempt right now, so is it time to get the shears out and cut them into shape? That’s up to you, but we have a better idea: why not buy an electric hedge trimmer, and make your life a lot easier? After all, you long since did away with the manual, push-along lawnmower in place of an electric or petrol model, so why are you still trimming hedges with a pair of shears! Here’s a bit more about hedge trimmers, and why you need one.

What are Hedge Trimmers?

Imagine a chainsaw, but instead of the chains, you have a long set of metal blades with sharp teeth on either side. That’s what a hedge trimmer looks like, and you have probably seen one in the garden center or hardware store, and perhaps in use by a neighbor. They are very useful tools that cut down on time and effort involved in keeping your hedges trimmed, neat, and tidy, and they are not expensive.

They come in two types – those with an electric cord that plugs into a mains PowerPoint, and those with rechargeable, integral batteries – and if you haven’t used one, we are willing to wager that once you do, you’ll wonder how you got by without one! The principle behind the hedge trimmer is very simple, and you can find more information on different models at https://traditionalgardening.com/best-hedge-trimmer-reviews/, which is a useful resource for learning about these tools, so we’ll cover the basics about how they work below.

The electric hedge trimmer is a relatively simple device. Whether you use a corded or cordless model, they work in the same way. You will find that the blade of a hedge trimmer consists of two metal, flat shafts extending from the body of the device. These have protruding teeth on both sides of each blade. They are connected to an electric motor within the body, which, when switched on, causes one or both of the blades to oscillate backward and forwards very quickly. This creates the cutting action.

We mentioned one or two blades: while all hedge cutters have two blades – one effectively on top of the other – to create the scissor action which cuts you hedge, in some models only one blade moves. In this version, the cutting action is created by the moving blade moving sharply back and forth against the static, fixed blade.

However, in other models, both blades move by way of the electric motor. There are certain advantages to this design, which is why it has become the most popular. First, the twin blade movement means more efficient cutting, and second, it is also said to reduce vibration.

Vibration can be a problem with all power tools, and this development has made hedge cutters easier and more comfortable to use, especially if used for long periods of time.

That’s it to be honest because, as we said, a hedge cutter is a simple device, one designed for a specific purpose. Do you need one, and should it be corded, cordless, and have one or two moving blades?

We recommend a model with two moving blades for the reasons mentioned above, but the corded or cordless choice is up to you. A cordless model can go anywhere but will need recharging frequently, and the battery makes it heavier, while a corded model is lighter, but limited by the cord itself! Check them out, and you’ll find the one you need.

Bathroom Remodeling: How to Create Your Own Spa Oasis
November 15th