Retrofit LED tubes and their advantages 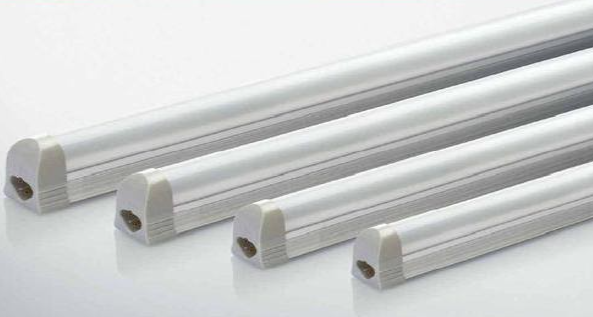 Fluorescent lights are the most popular lighting technology found in residential or commercial settings such as workplaces, schools, shops, hospital or storage facilities, and so on. By the end of this decade, however, LED tubes will have fully supplanted them. This upgrade is mainly rooted in the fact that LED tubes are much more efficient and reduces maintenance cost so in areas where they are required almost all day their usage has proved to be quite cost effective.

What are retrofit LED tubes?

LED tubes are available in a variety of specifications, depending on the needs of the user and the pre-existing fixtures they are being retrofitted into. In terms of retro-fit designs, they typically use G5 or G13 fluorescent bases and are widely accessible under the specifications:

It’s plug-and-play, easy to set up, and doesn’t require any fixture rewiring. The only disadvantage is that, in comparison to other varieties, it requires more frequent replacement due to any damage or problems with voltage supply.

Single-ended or double-ended tubes with live and neutral supplies on one or both sides. In order for LED components to work, the fixture must be rewired or the ballast must be bypassed. Although it is generally adaptable, it does require specialised support when it comes to installation.

They are the most efficient, but also the most expensive, alternative when paired with a remote driver. It takes very little maintenance and contains configurable features like colour output and dimming through a remote control.

T12, T8, and T5 led tubes are common however T8 led tubes have drawn significant hold since they are the most flexible with retrofit fixtures.

Other T8 led tube specs are commonly a mix of UL Type A and B, or as specified by the customer.

T8 led tubes are the best option for a number of reasons such as:

For further reference, visit this link.

Moreover LED tube lights in general have a lot of long term advantages in comparison with their counterparts. They improve the lighting quality in several ways such as:

LED tubes are brighter than an average lamp and fill more area with bright light which illuminates the environment and reduces energy load on the infrastructure.

LED tubes have shown to be incredibly efficient and economical in offices, hospitals, and other business and residential settings. They save a lot of energy as the light is directional and within a fixed beam angle so no amount of light is dispersed and wasted in the surroundings. Moreover, these lights do not  heat up and malfunction.

One of the main advantages of LED tubes is their ability to produce light in various temperatures. The lighting tones set the ambience in most cases so this feature has a great impact. This is measured on a kelvin scale ranging from 2500K to 6000K and this spectrum has the ability to produce warm yellow, glowy white and bright daylight like light. Even at a low wattage rating it does not affect the fixture’s ability to produce uniform light.

As we know, most fluorescent counterparts require mercury to produce light, which happens to be quite harmful for the environment and its inhabitants. While LEDs operate on diodes which emit light as they get excited after gaining charge. These fixtures are easy to recycle and replace and are harmless in case of any emergency.

LED tube lights are longer lasting  quite sustainable options which lasts for several years. They have a functional life of over 5-6 years and in the best case scenario around 10. Meanwhile the maintenance is lesser unless the retrofitting is not done correctly or fluctuating voltages is a common issue. LED drivers are quite powerful and their ability to function for several years despite powering up around 10-20 fixtures at once is quite incompassable.

In order to make a wise choice when opting for an upgrade these are a few points to consider and learn the specifications so as to minimise the chances of spending a hefty amount on frequent maintenance on a half yearly basis.  These eco-friendly lights do not produce glare and regulate the temperature of the surroundings they are used in.