How to Marry Remodeling Dreams With Resale Value 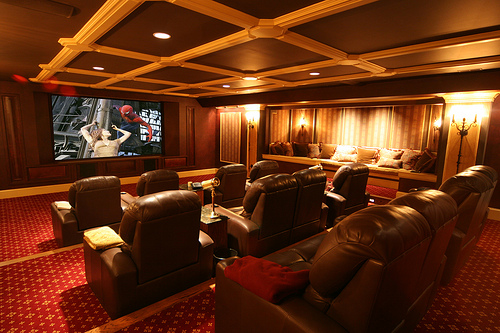 Everyone has their own dreams for how they want to remodel their homes. Maybe you want a separate closet just for your shoes like Carrie Bradshaw, or maybe you want to turn your bathroom into a spa with a rainfall shower next to a clawfoot tub. While these upgrades would certainly be nice to have, they’re not always practical when it comes to resale value. In fact, you might have a harder time selling the house because of it. Consider these three factors before you decide to turn the extra bedroom into a soundproof movie theater.

Check Which Renovation Projects Have the Best Return

Once you have a list of renovation projects that you want to accomplish, determine which ones are guaranteed to boost your resale value when they go on the market. Traditionally, structural upgrades have a positive effect on resale value and also make it possible to sell the house faster.

For example, a potential buyer who lives in a hurricane-prone area would be eager to buy a house with a new roof, hurricane windows, and foundational reinforcements instead of buying another house and making those upgrades themselves. You can also promote these upgrades by talking about energy efficiency — as upgrading windows and doors for weather will also reduce energy costs. These remodeling projects aren’t fun, but they are efficient.

Don’t Price Yourself Out of the Neighborhood

Every house has a certain cap that they can hit before it becomes impossible to sell in the neighborhood. If you live in an area where the average home sells for $250k and upgrade your home until it’s worth $500k, then you’re going to have trouble moving it. Not only will buyers be wary of the most expensive house in the neighborhood, but you will struggle to attract buyers who are in your price range.

Before you start making upgrades — like adding a guest house above the garage, installing a swimming pool, or building an addition to the side — make sure that your home’s value will stay consistent with what other homes in the neighborhood offer. This might mean sacrificing some of your dream upgrades, but it will be worth it when you eventually place your home on the market.

Make Sure Your Dream Isn’t a Buyer’s Nightmare

There are certain novelty home items that some people dream about adding to their homes. Maybe it’s a movie theater instead of another guest bedroom or a bowling alley in the basement. These novelty upgrades at expensive in the short run and devastating to resale in the long run.

Opting for these changes could make it hard to sell the house because you’re limiting potential buyers to people who want them in the house and people who are willing to pay to have them ripped out. Without the right planning, your remodel dream could become a seller’s nightmare, so consider the mass appeal of a project before you break ground on it.

Remodeling your home is an exciting process, and by following these steps, the transformation is sure to be worth it.

What type of saw do you need for which job?
June 12th
X