Author R Gupta
Category Others
Tags
Comments Comments Off on How Much Epoxy Do I Need For A Seal Coat?

How Much Epoxy Do I Need For A Seal Coat?

Thinking of applying a coat of epoxy to a surface in your home in Canada? You need to first have an idea of the amount of epoxy you would need for the project. Measuring the right amount allows you to achieve what exactly you need to be done. Also, it would allow your work to have a uniform look and look well aligned. But how much epoxy is enough for a seal coat? The answer to that depends on a lot of things, including the area of the surface you are applying the coat on, the type of surface, and some other factors. But before we go into that, let us look at what a seal coat is.

What Is An Epoxy Seal Coat?

A seal coat is usually applied to wood or other porous surfaces. As all materials are different, it would be necessary to inspect the surface you are working with to be exactly certain on whether you need a seal coat of epoxy or not. Even laminated surfaces might require just a layer of seal coat just to eliminate any risks of having air bubbles appearing in the final epoxy layer. 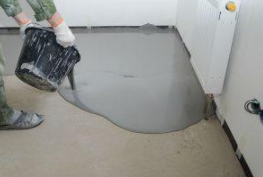 How Much Epoxy Would Be Needed For A Seal Coat?

Like we noted above, knowing the amount of epoxy needed for a seal coat would be affected by the kind of project you are embarking on. Some of the factors include

The porosity of the surface

If the surface you are working on is very porous, like wood, then you would need more epoxy to be able to properly seal it to prevent air bubbles from escaping. You may have to apply it more than once, checking to see if it is properly sealed.

The dimension of the surface

This is quite obvious. The wider the surface, the more epoxy you would be mixing. If you are using the seal coat on a wooden board, then you would need only a small amount of epoxy compared to if you are using it on a much wider surface.

If more than one seal coat is required, then you can mix more epoxy until the whole surface is covered and properly sealed. This is something you have to keep in mind as you purchase epoxy for the project as you have to buy more than you need to provide for the one you would use as a seal coat.

When using a seal coat, you must leave it to cure properly overnight and under-regulated temperature. Make sure that it is well cured before you apply the final layer.

Use a soft brush to apply the seal coat to surfaces. This brush should be able to reach grooves and knots on the surface to make sure that everywhere is evenly coated and well-sealed.

As we have seen, knowing how much epoxy you require for a seal coat depends on several factors but you should prepare well for your project. The most important thing is to make sure that you have epoxy for the work you need to do. You can then use as much epoxy as you want to seal the surface you want.