Author R Gupta
Category Others
Tags
Comments Comments Off on 7-Eleven for Sale: Getting the Most Out of Your Franchise in 2021

7-Eleven for Sale: Getting the Most Out of Your Franchise in 2021

For those who don’t know about 7-Eleven and what business model they operate, this entity offers its clientele a chain of restaurants and gas stations all over the United States. Earning a place in the top 10 franchises in the US, it’s no surprise why real estate investors are heading towards this real estate form to make some decent ROI (Return on Investment).

That said, one of the reasons why 7-Eleven franchises thrive is due to the company’s commitment to crafting newer innovations that are beneficial to the business model alongside franchise owners. With these policies in place, it’s a win-win for all parties involved.

However, if you’d like to buy a 7 eleven for sale, how do you go about it as a newbie investor? Do you head to their main office and get the 7-Eleven for sale purchase process started? Fortunately, we’re here to provide you with some context on this franchise variation, even if you didn’t have prior knowledge.

Below, we’ll be taking things up from the genesis by providing an insight into what a franchise entails, requirements to own a 7-Eleven franchise, and ways you can increase the franchise’s potential.

By the end of this article, you should’ve gotten all the information you’ve ever wanted on 7-Eleven franchises and even kick-start the buy-in process yourself. Without further ado, let’s get right into it!

What Is a Franchise?

So, you’ve heard so many real estate investors claim they’ve made tons of money from franchises, and you’re curious all of a sudden.

While the positive ROI attached is a worthwhile incentive, it’s essential to know where you’re headed. How? By understanding what franchises are and how they work.

First off, every franchise fields two integral parties: the franchisee and the franchisor. The former is the person or entity that establishes a relationship with the business (the franchisor).

For the franchisee to take advantage of the business’s brand and model, they’ll have to pay an initial franchise fee. This fee isn’t all there is to the deal, as these parties must agree on the T&Cs attached to a contract (also referred to as a franchise agreement).

When an agreement is finally reached, the franchisee is granted the luxury of using the business’s brand and other pre-existing material associated with the entity. Depending on the franchising contract signed, there’s a 5 to 10 year validity period attached. After this period, the franchisee has the right to have them renewed.

That said, the United States, through the Federal Trade Commission, has drafted some provisions to give newbie franchisees an insight into franchises, the risks attached, and what their rights are at any given point.

Now, let’s take a look at the requirements attached to buying a 7-Eleven franchise for sale.

Maybe you’ve been searching for a 7-Eleven franchise for sale near me, and you’ve seen one to buy. Have you ever considered the processes involved to make that business venture a reality?

According to 7-Eleven, the steps required to commence operations is as follows:

Have Your Qualifications Reviewed

Just like other franchises, 7-Eleven has a guiding ruleset. That said, before you can begin the application process, you must be:

Once you’ve met the requirements mentioned above, you’re free to draft an application. Here, you’ll be invited by an account executive for more business-oriented discussions.

If you’ve indicated your interest in a 7-Eleven for sale, you’ll need to discuss your plans and results with the account executive assigned to you.

Once your account executive has done the needful, it’s time for you to select a 7-Eleven store. Touted as an “important step” at 7-Eleven, you’ll only be allowed to have stores in communities you can handle efficiently.

You’re Given an Offer

7-Eleven gives you an offer. If you see the values attached as decent, a franchise agreement is signed, thus making the deal official.

This area is one where 7-Eleven stands out. Once an agreement is signed, you’re flown to 7-Eleven’s Store Support Center in Dallas, Texas, for comprehensive, world-class training.

This step summarises the entire process as you’re now licensed to open your 7-Eleven franchise. Now, you’re given the go-ahead to make impressive dividends in your chosen store.

Most newbie investors are concerned with the financials attached to a 7-Eleven store franchise. Well, this is a worthy concern as 7-Eleven, being one of the biggest franchises in the US, might feature huge fees.

If you’d like to know the numbers, the franchise fee on a 7-Eleven store can be anywhere between $100,000 to $1,000,000. However, it’s important to note that this figure is calculated based on the store’s sales income.

On the flip side, the actual fees you’ll be paying are dependent on the following:

If you’re thinking of a 7-Eleven for sale in Florida, factor in these variables to get something that tallies your budget.

The answer to this question is a resounding YES! When you key into a 7-Eleven franchise as an investor, the end goal is to make profits.

To do this, you’ll have to integrate a fantastic work ethic into your staff. By doing so, patronage to your franchise skyrockets as patrons are drawn to stores that run operations efficiently.

Besides excellent work ethics, these factors can also play a role in determining your profit margins: 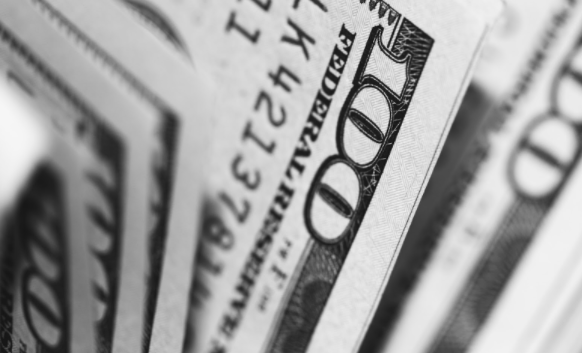 With the convenience industry in the United States making an approximate sales total of $650 billion yearly, you might want to partake in this market by entering a 7-Eleven franchise.

Featuring decent requirements and financials, a 7-Eleven franchise is bound to yield profits in the long run as you don’t have to worry about certain payments. All that’s needed to excel is imbibing efficiency into a business model that’s already structured.

If you’d like a price estimate of the best 7-Eleven for sale stores available, visit buynnnproperties for a comprehensive listing.